I went to Clearwater Marine Aquarium. I saw the dolphins Winter and Hope, and I saw them talk to each other. For years I wanted to see Winter and Hope after I watched “Dolphin Tale,” a movie about Winter, a dolphin who loses her tail and survives. Then I learned about Nicholas, a dolphin who got second and third degree burns, that he recovered from in nine months. We also saw turtles, stingrays, fish, otters, etc. I also got a pair of Winter and Hope stuffed animals and a Winter post card. I should write the post card and mail it.

We also saw a presentation on otters, and one on dolphins. In the otters one, I learned that one of the two otters was old and one was young. The old one might have been run over by a car, its back legs are paralyzed, and the young one was raised by a human so it can’t live in the wild.

The oher presentation was on dolphins. From the movie “Dolphin Tale” I knew that Winter was trapped in a crab net and had her tail cut off, and Hope was beached with her mother and her mother sadly was dead when they got there. I knew from the movie that Winter was given a prosthetic tail to help her swim and keep her spine healthy. In the presentation the Marine Biologists said that the dolphins loved bubbles, they helped them interact with the world. As part of the presentation, the Marine Biologists also helped Winter to stretch because without her tail when she swims she moves side to side instead of up and down, which is bad for her spine. The Marine Biologists also reward the dolphins with food, and play with them to keep their minds healthy.

I am really glad we went to Clearwater Marine Aquarium. I LOVED IT! It was awesome. I waited for years to see it, and then I did and it was a dream come true.

This is Nicholas and a frisbee in his pool. I learned that he got second and third degree burns from the sun when he and his mother were beached, then he recovered in nine months but as you can see he has permanent scars on his back. He was very young when they were beached, so he bonded with humans and was not able to be returned to the wild. 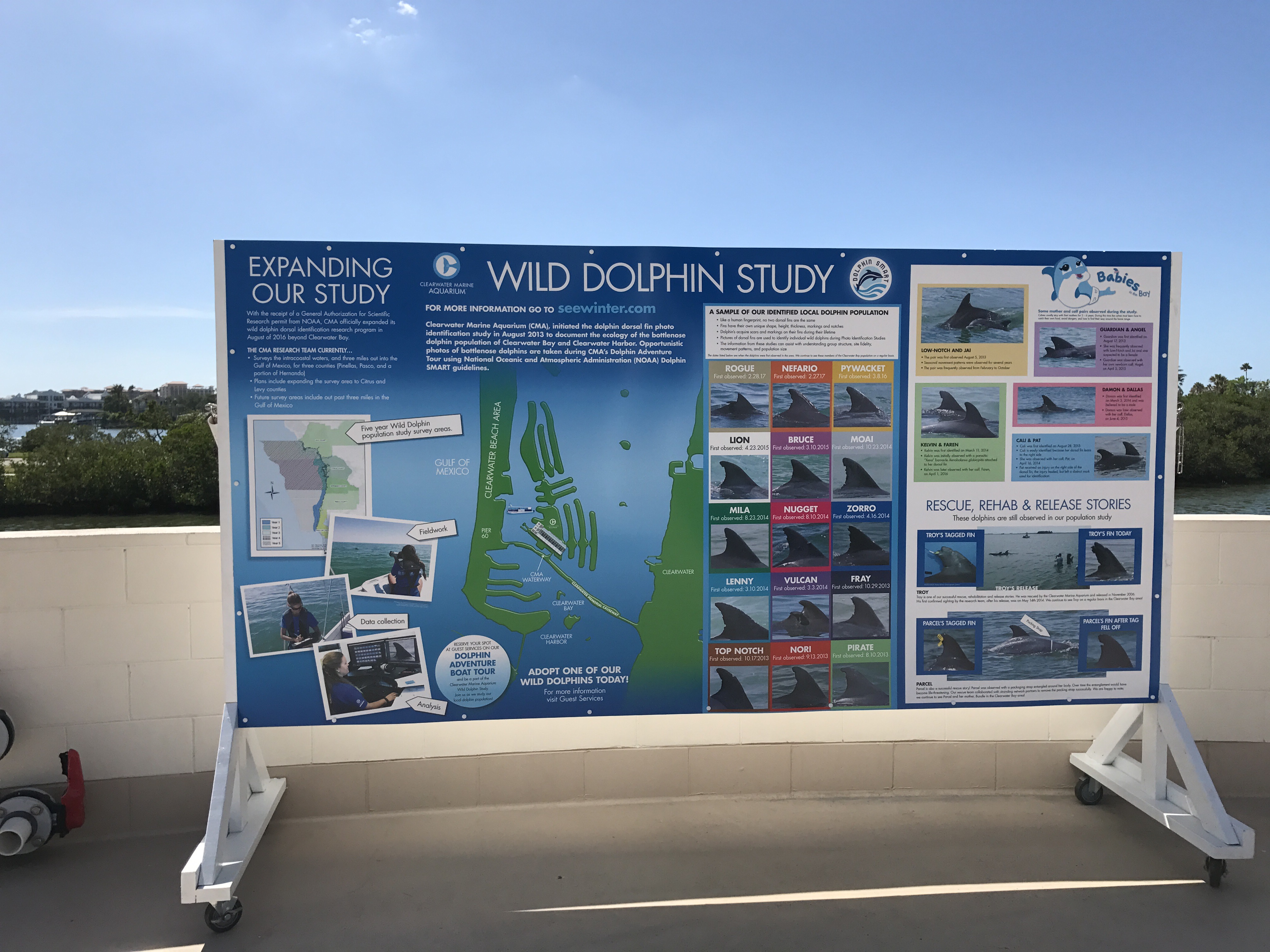 This is a chart that shows dolphins and their babies. 🐬🐬

This is me in front of this weird thingy.

This is a house from the movie Dolphin Tale that was where Sawyer and Hazel hang out. It was supposed to fall down or something like that but it didn’t so yeah.

This is one of the otters. His name is Walle and he is a permanent resident at the aquarium because a human raised him as a baby and so he bonded with humans and refused to live on his own in the wild. 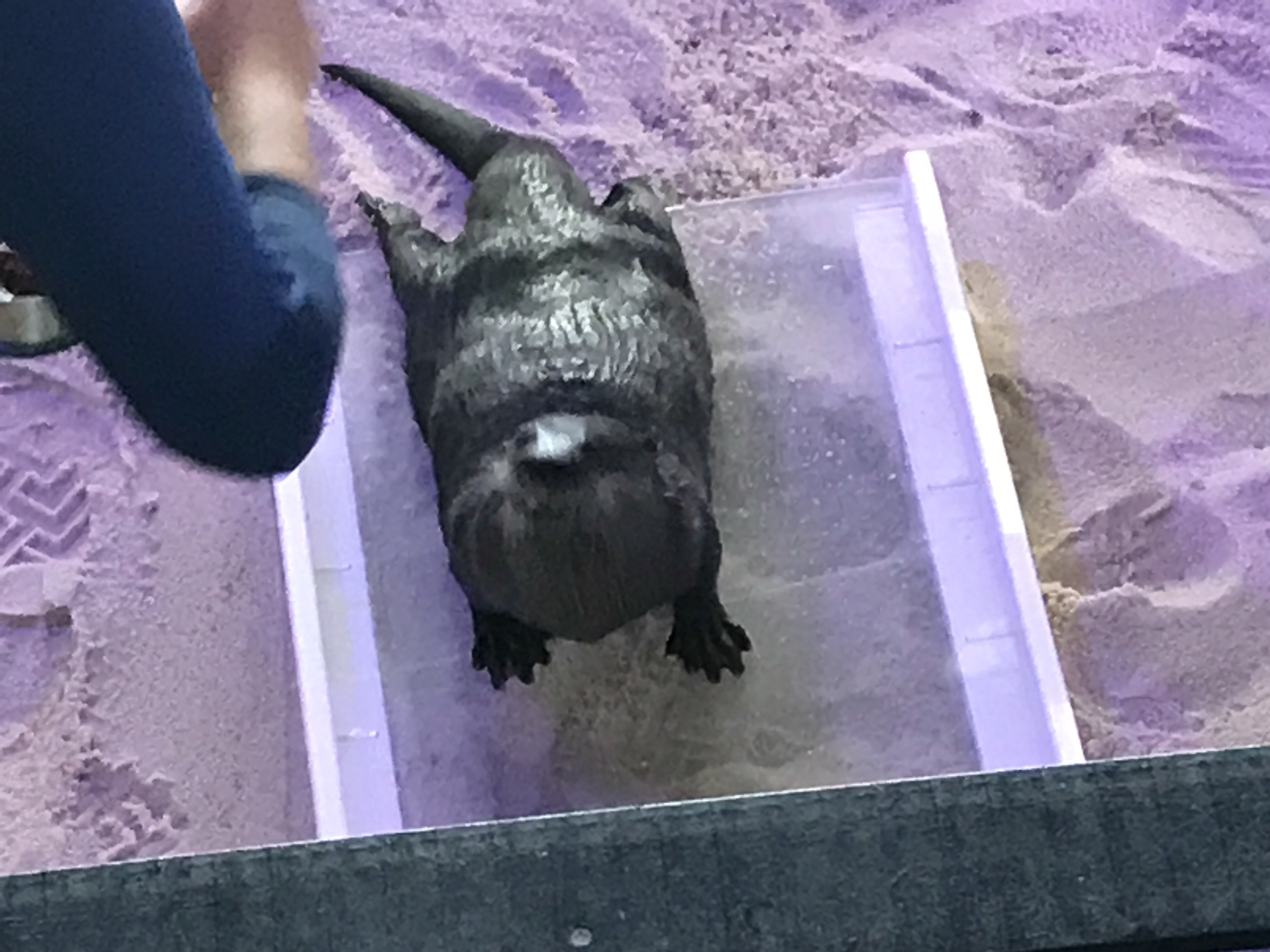 This is the other river otter, Cooper. They think he was run over by a car and that’s why his back legs are paralyzed. They created ramps in his enclosure to help him lead an otter life that is as normal as it can get. 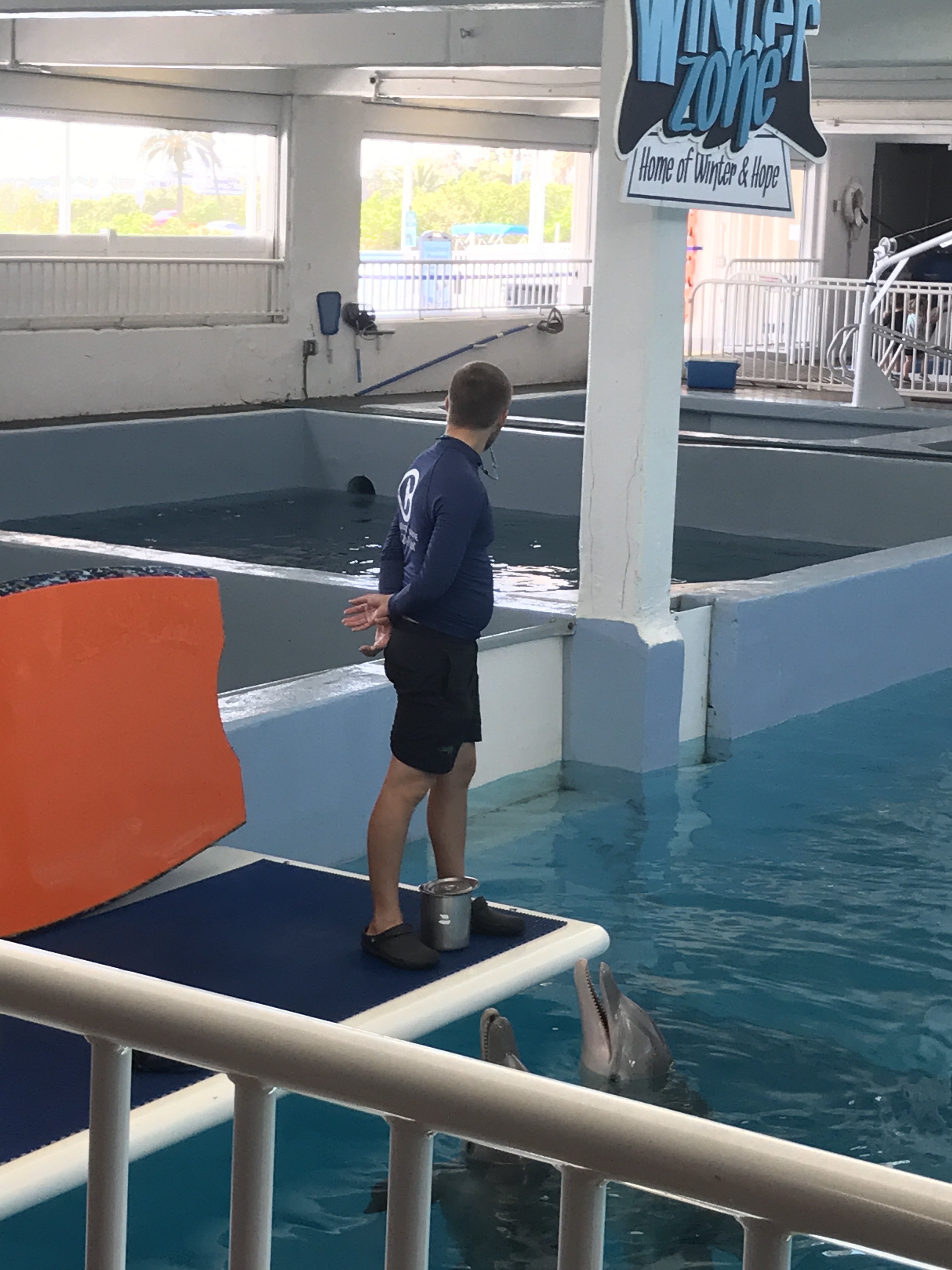 This is Winter ❄️ and this is Hope 🌸. 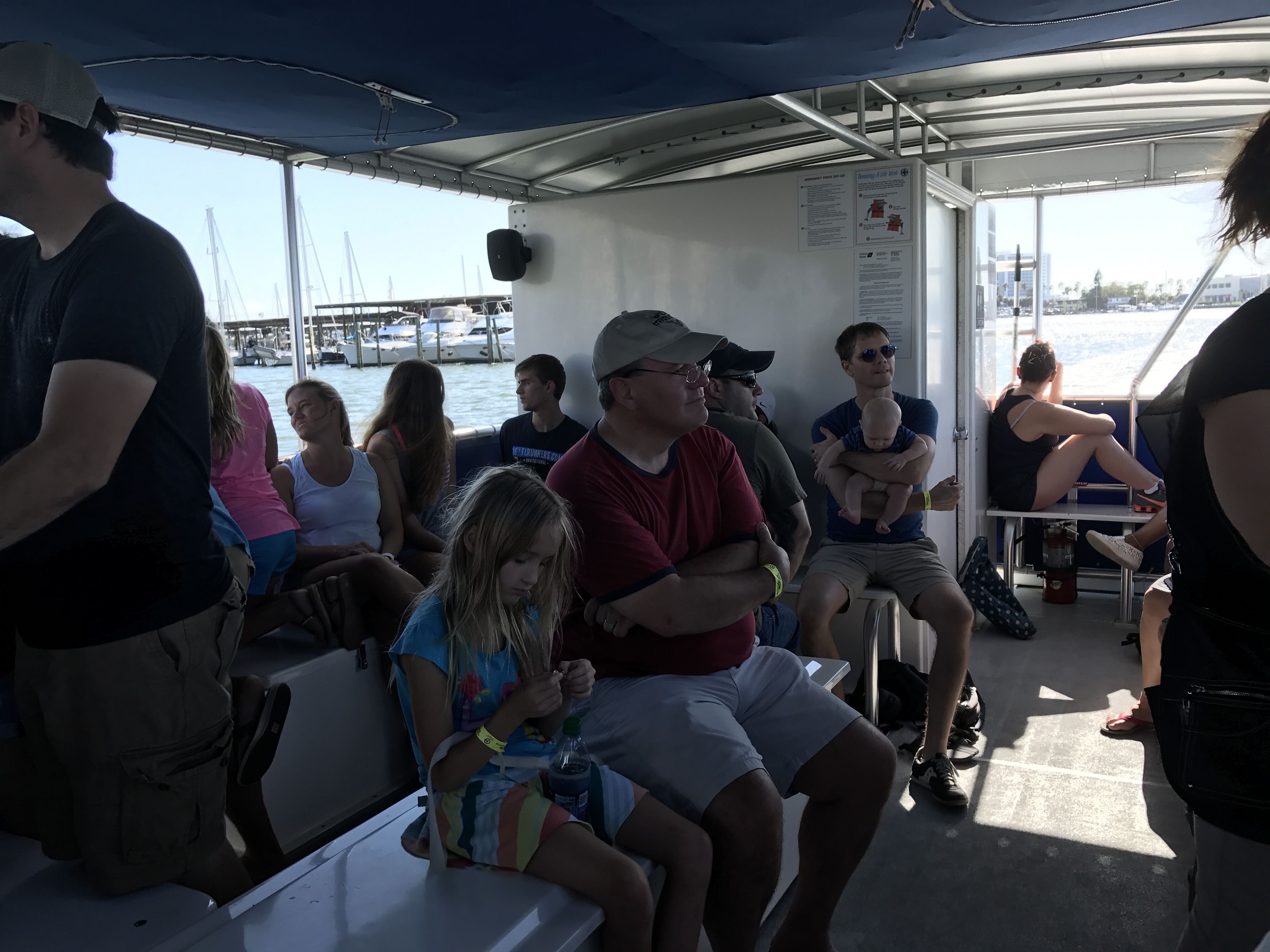 This is dolphin made artwork. 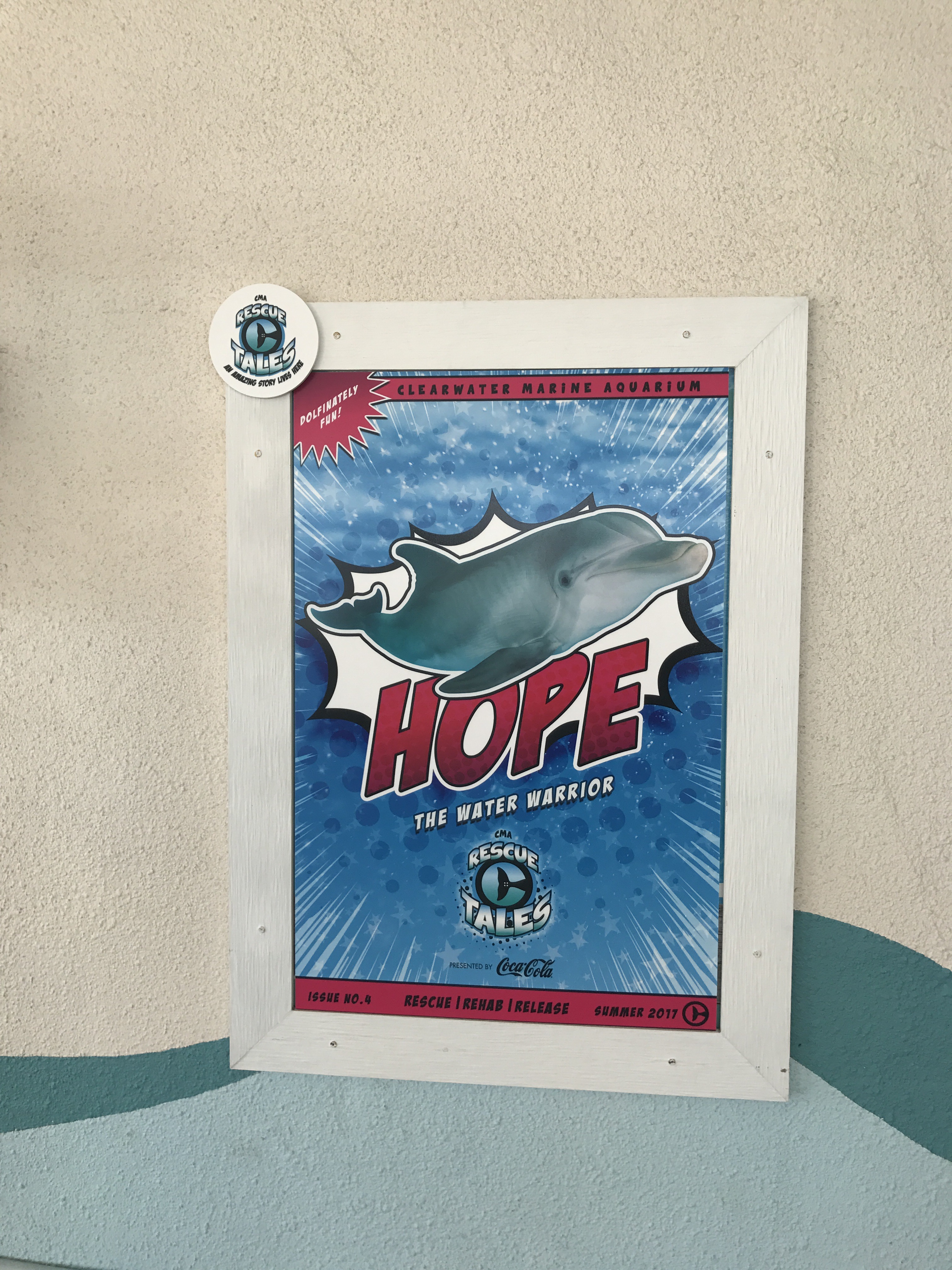 This is a poster of Hope that I liked because of the little pun/joke in the corner that said that it was “Dolphinately Fun!” 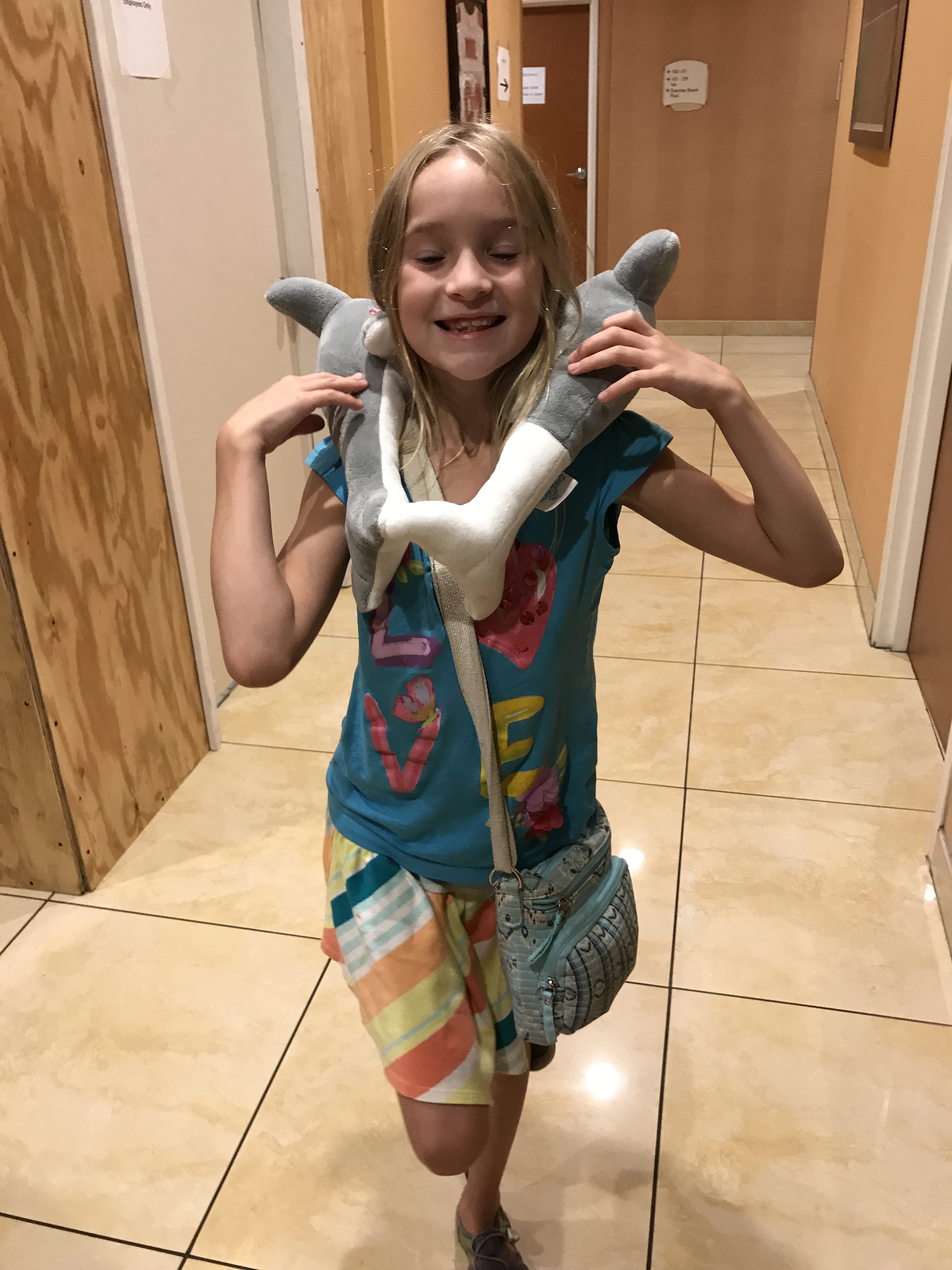 Me with my new stuffed animals, Winter and Hope.