After our time in Germany, we travelled by train through Austria and the Czech Republic. In a number of ways, both countries were rather similar to Germany (Beer, Wurst and German Language in Austria).

We first stopped in Salzburg, birthplace of Wolfgang Amadeus Mozart and the setting for the movie The Sound of Music.  Here are a few pictures.  If you know the movie you may recognize the gardens from one or more scenes in the film. 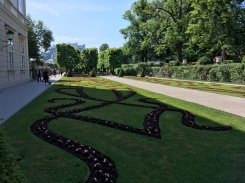 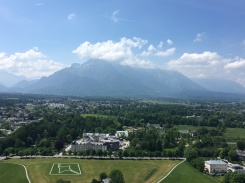 After visiting Salzburg we took the train to Vienna (just a quick note about rail travel in Europe, it’s great, very convenient, fast and reasonably priced). In Vienna we spent a little time visiting the city center and then spent a day at the Schonbrunn Palace which was a residence of the Habsburg Emperors from the middle 1500’s until the end of World War I. The Palace was very impressive and the gardens were magnificent. Here are some pictures of both the city center and the palace. 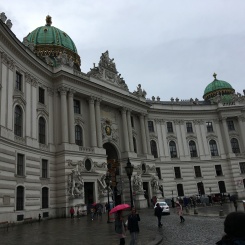 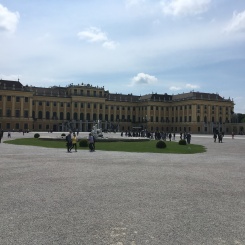 After seeing Vienna, we continued our train travels to Prague in the Czech Republic. I have to comment briefly on the Czech language, it’s impossible to make sense out of it. At least in German or French or Spanish you can sound out written words and get some idea of how to pronounce them. Not in Czech. Sometimes they put letters next to each other that would just be a mess in English! Oh well, Prague is a great city even so.

We only had a couple days in Prague but we did see an awesome Graffiti Wall inspired by John Lennon and the Beatles. The wall has been a place for graffiti artists to express themselves, including protests of the communist regime in the 1980’s, for many years. Here are a couple pictures.

While in Prague we also visited Prague Castle. Here are a few pictures of the castle, some displays inside and the views from the castle high above the city. 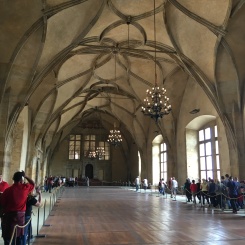 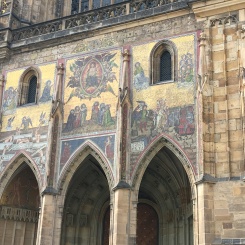 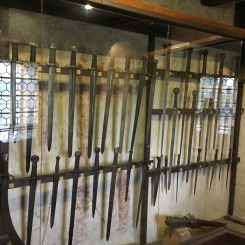 One last famous note about Prague Castle is that it was the site of the  Second Defenestration of Prague which led to the start of the Thirty Years War. The following pictures show the window where the defenestration took place from both the inside and the outside.

Artist’s conception of the Defenestration

The window from the inside

The window from the outside