Well, one of our trip-fails is that we were a little behind in researching and booking New Zealand, and during the highly crazy Christmas-New Years’ week, we had to kind of take what we could get (for instance, we couldn’t manage to rent a campervan last minute that week for love or money). Our vague initial plan had been to rent a camper van on the North Island, drive from Auckland, take the ferry across to South Island, and then drive down and around the South Island. But none of that worked out as (a) the ferries were pretty much booked solid (we could have gotten a night sailing, but that would have defeated the purpose) and (b) as mentioned above, we couldn’t manage to find a camper van to rent that would accommodate a family of four. But it’s all part of the adventure.

Instead, we flew on Boxing Day from Auckland to Christchurch, and then headed for a lovely little near-the-highway (highway is generally speaking a bit of a misnomer in New Zealand, but this motel was near the main 2-lane road heading south along the coast) independently-owned motel we’d booked for that night.

A word about New Zealand (and Australian) independent motels: at home in the US, we pretty much avoid these like the plague, but down here in at least the English speaking lands below the equator, our experiences have been generally excellent (in fact, the only crappy accommodation we found in Australia was when we were booked into an American chain – Quality Hotel/Quality Inn – in Canberra). Best of all, many of these motels have family rooms: that is, a room that has at least some cooking facilities, dishwasher, pots, and flatware, along with a queen bed for the parents and 2-3 twin beds for the kids (and usually for around $100 USD per night even during high season), sometimes in a separate room/alcove. I was so excited about our first South Island motel that I made a whole Facebook post about it, complete with pictures. On the one hand, I’m wondering if this is more what US motels were like in the heyday of 1950s/1960s automobile culture, but on the other hand, even as children in the 1960s/1970s, Mike and I never saw anything like this.

Our less than $100 (USD) motel room on our way south in New Zealand. (I can’t seem to find a website for it, but here at least is a TripAdvisor page about this particular motel).

In addition to the amazing motels, another thing that flipped me out about New Zealand (and continues to flip me out about Australia) was driving on the left, of course. Mike had done it for us years ago in St. Croix (although there the cars are still American, so you still sit on the left to drive on the left), but in New Zealand (and Australia), of course everything is switched. I’m already a nervous nelly/control freak about Mike’s driving (on the US portion of our trip, of the approximately 18,000 miles we covered, I’d guess that Mike drove fewer than 300 of them). But I couldn’t handle driving on the left AND I was having trouble giving up my control freak tendencies (on our first drive in a rental car from Auckland Airport, I literally found myself grabbing the wheel I was so freaked out), so after that I decided discretion was the better part of valor, and made Elizabeth sit in the front seat for the rest of our time in New Zealand. Mike has been heroic about handling the driving here — I’ve finally gotten (relatively) used to it now that we’re heading into our second month of it, and I can once again sit in the front seat, but I still can’t imagine actually doing it. My brain does too many mental gymnastics every time we pull into a road or make a turn.

From Ashburton, we decided to take the scenic route down to our AirBnB in Oamaru (a cute little town on the coast). We drove up through Lake Tekapo and Lake Pukaki (yes, Mike kept calling them Lake Take-a-poo and Lake Poo-caca, which couldn’t have been a more inappropriate – pun definitely intended – description of one of the most beautiful places I’ve ever seen), and then back down and around to the coast. The drive was fantastic, and the lakes framed by the snow-capped (even in summer) mountains behind them were just stunning.

And, of course, there were sheep. Lots and lots and LOTS of sheep. Cows, too. But mostly sheep.

Oamaru is a cute little seaside town that has dubbed itself the Steampunk Capital. They’ve built an adorable little Steampunk-themed playground, and they have a Steampunk museum, and a street of cute little Victorian-era shops. We had a pretty quiet few days in and around Oamaru. We did some schoolwork, the kids played at the Steampunk playground pretty much every day, and we headed down the shore a bit of a ways to see the Moeraki Boulders. I had a lovely talk with the bookbinder in his shop, in which we discussed American politics (he and I were in agreement about our current president), the fact that Julianna was reading on a Kindle in a bookbinder’s shop, the bookbinding business and why archivists at university libraries don’t give work to bookbinders, as well as the history of Oamaru, which was originally conceived (and this was what drew our bookbinder friend down there) as a community of artisans many years ago. There certainly are some artists and artisans around, but the idea never fully took off: initially, they’d planned to be New Zealand’s answer to Mystic Seaport or Colonial Williamsburg.

About a year ago, I taught myself to crochet, so I also visited two yarn shops in Oamaru (one was pretty run of the mill, but I did get an excellent little pattern book for making neat headbands for the girls there) and the other, The Oamaru Textile Emporium, was really neat. The shopkeeper there gave Julianna a step-by-step explanation, with props, of how the wool gets from the sheep’s back into the gorgeous yarns she sells. More on crocheting later, as Elizabeth has finally gotten the crocheting bug as well (Julianna has been trying it too, but hasn’t quite gotten the hang of it yet). 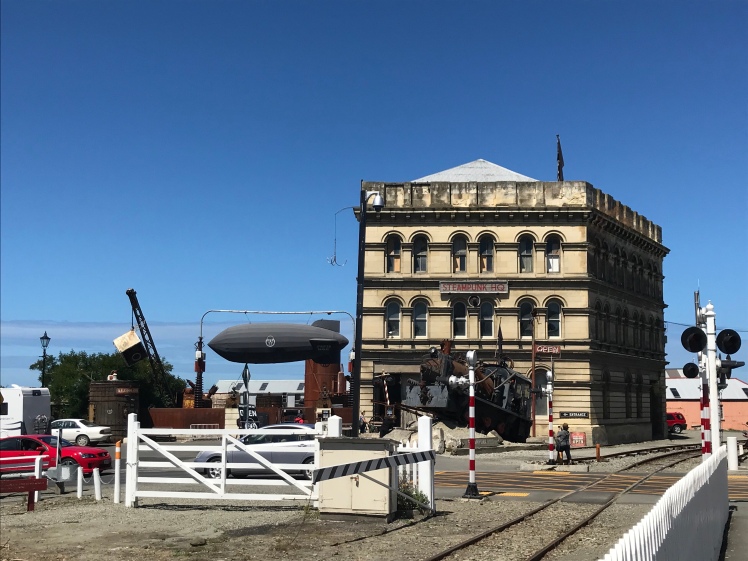 At a neat used book shop.

At the steampunk-themed playground.

At the steampunk-themed playground. 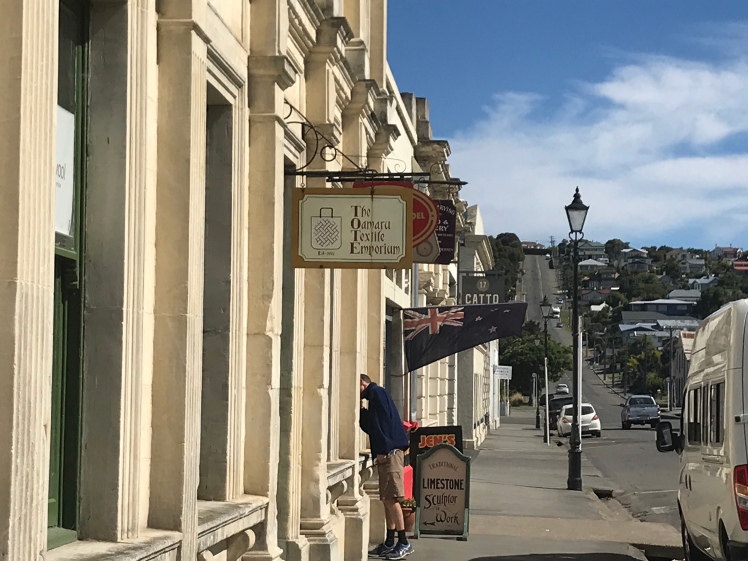 Outside The Oamaru Textile Emporium.

Oamaru’s main claim to fame, however, is its penguins. Specifically, there’s a blue penguin colony (the tiniest penguins) in the quarry at the edge of town. So we did what every tourist in Oamaru does: we bought tickets to watch the penguins’ nightly return to their nesting grounds. Unfortunately, photos are strictly prohibited (apparently even inadvertent flash photography scares off the penguins and could drive them from their nesting grounds), but the penguins and their antics were adorable and hilarious (we were sitting in the front row, and it was especially adorable and amazing when they ran through the fence almost to our feet instead of following the more “designated” track back to their nesting grounds. I can’t recommend the Oamaru Blue Penguin colony highly enough. It was really special to see those little guys just doing their thing.

From Oamaru, we headed up to the northern end of Canterbury, where we stayed in an AirBnB listing that is really for an old-fashioned B&B, where we again had some cooking facilities and spent a quiet New Year’s Eve/Day (a highlight was FaceTiming in to toast with our US friends at midnight in the US, which was 6 pm on New Years’ Day for us). This was a lovely property with impeccable gardens (including everything from a dovecote complete with doves to artichokes growing in the garden). We again slowed down the pace a bit, and spent a fair amount of time relaxing/doing school work/reading, etc. We did have a fun excursion to Hanmer Springs, which is a local tourist spot with hot spring/mineral water pools. 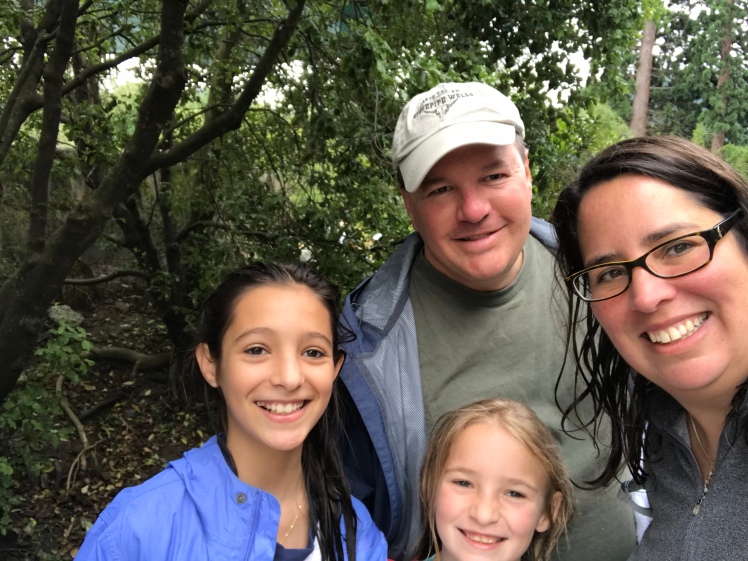 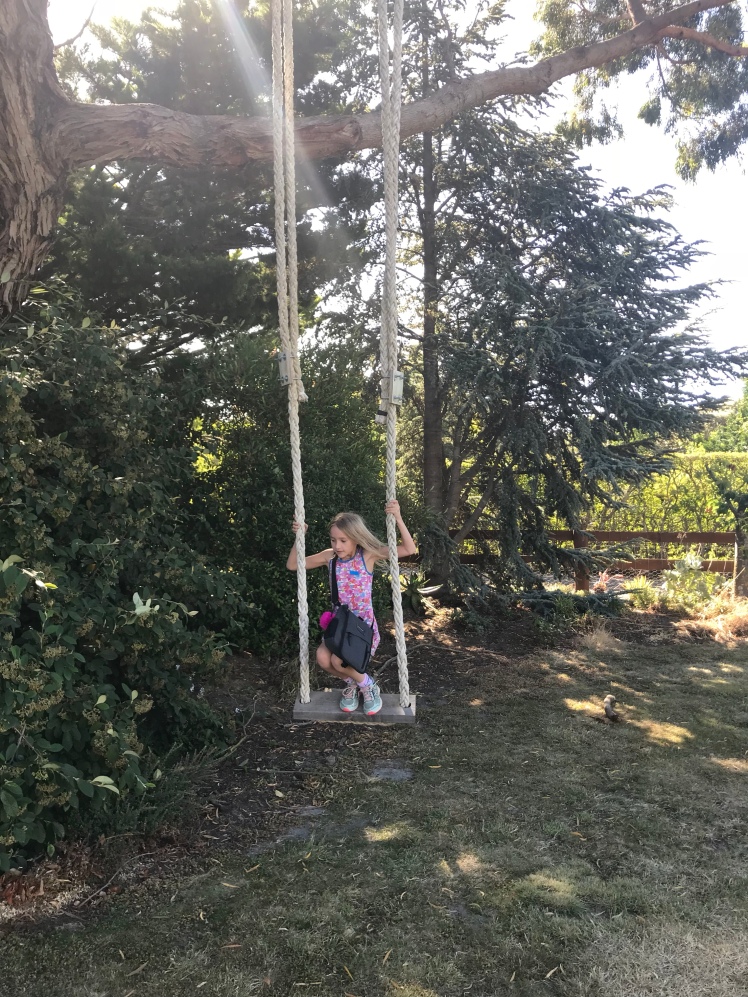 On our final day in New Zealand, we spent the afternoon in Christchurch where we visited the lovely little Canterbury Museum (a museum of Maori culture and the area’s natural history, along with whimsical exhibits such as Fred and Myrtle’s Shell Cottage) and ate a lovely lunch nearby. Elizabeth was also entranced by a special exhibition they had of 50 of the best National Geographic cover photos. 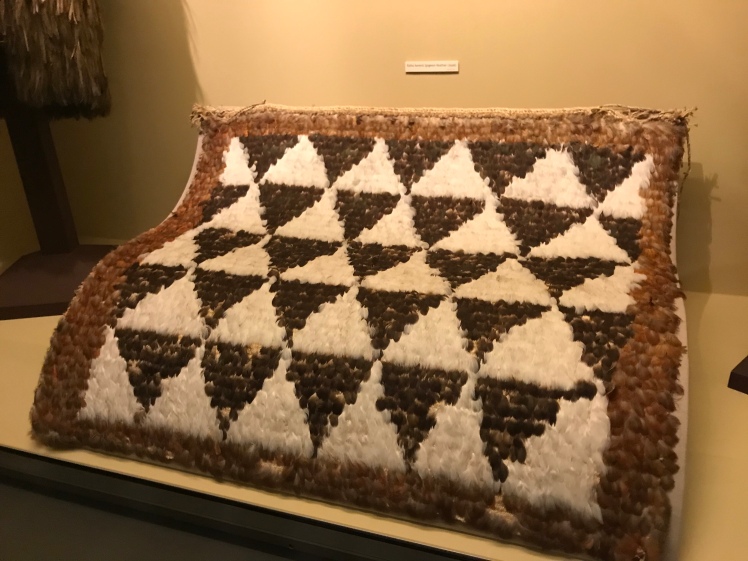 My major takeaway from New Zealand is that we barely scratched the surface, and there is so much to do and to see. That, and we learned a lot about their earthquakes — part of the reasons the roads are so bad, the trains aren’t running from Picton to Christchurch, etc. is down to the earthquakes they’ve had from 2010 onward). I could easily spend a couple of months there hiking, exploring, and getting to know the awe-inspiring natural landscape. Well, that and the sheep. As we were leaving, my old friend Scott (who we would soon visit in the Sydney suburbs, where he’s relocated with his family) tagged me in a New Zealand/Australian Facebook meme that is still making my kids laugh. At that point, we’d only experienced the New Zealand portion of it, but the kids couldn’t stop belly-laughing over it. It was funny, because it was true.

They are EVERYWHERE. They’re in One Tree Hill Park in Auckland. They’re ubiquitous in the countryside. They were next door to our basically suburban AirBnB in northern Canterbury. And I saw them in the yards behind people’s houses a few houses down from our AirBnB in Oamaru.

P.S. I apologize because New Zealand’s beauty utterly defeated my iPhone camera, which doesn’t even begin to do it justice.