(In case you couldn’t figure it out or didn’t know, the setting is Salem and Salem Village, nowDanvers, in Massachusetts.)

Bear with me here and imagine you are a lowly villager just off the boat from somewhere in Europe, now living in the basically the wilderness in a time when camping wasn’t a pleasant pastime. Plus, you’re a good Christian (pretty much everyone was somewhere under the umbrella of Christianity in that time) and suddenly you start hearing rumors of witches, afflicated children, and, dare I say it, the Devil.

You completely believe in all of these far-fetched ideas because there isn’t much else to be a cause of evil (let’s just go with there has to be a cause and it definitely could not be decision-making and human nature). So, how’s your position looking here?

Yeah… lets use the word…. not-very-good-at-all-and-quite-nerve-wracking-scary-and-potentially-dangerous. (Yes I know that a hyphenated mess is more than one word. An appropriate adjective does not come to mind.)

So this coming year in school we will be reading The Crucible by Arthur Miller which is all about the Salem witch trials. The stop in Salem was of course needed then so I could be schooled worldschooled by experiencing the ordeal. This included sleeping listening to boring very interesting lectures that were definitely not the same thing repeated over and over again.

I also got to see people being hanged.

I know you just read that and are all like what the cluck???

Ok. The bodies were mannequins made to model the hangings of the so-called witches. And most of the museums had these figures so I had some nightmares.

The girls at the witch trials were faking the whole thing (or so I think) and blamed it on the slave for fear of being caught and severely punished for the acts. The slave blamed it on herself for fear of worse punishment and some others because she had to give the names of other “witches.” This meant that the whole thing was fueling its own fire and causing more suspicion and distrust

If you could not tell I really don’t like the Salem witch trials and think that it was just a bunch of uneducated people who were full of distrust for their neighbors and greedy for other land. I think that is unfair and obnoxious. Also the trials were used as a way to get rid of the people who you thought were “different” and didn’t like. This isn’t an ok way to abuse the judicial system (though they were using and allowing spectral evidence) and I don’t like it even though it happened 325 years ago. That’s all I have to say about Salem.

Oh, and honestly it was a huge tourist trap and it’s probably better to just stay at home drinking hot chocolate and read the Crucible yourself. A little google search for the basics, perhaps. 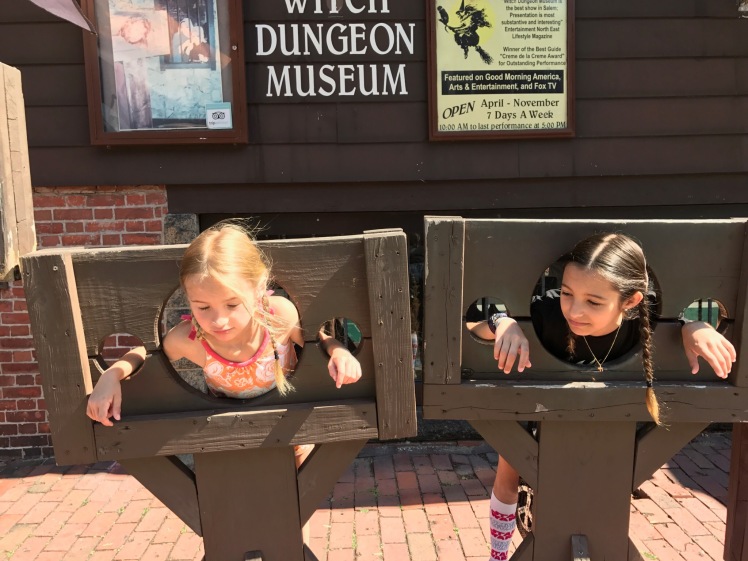 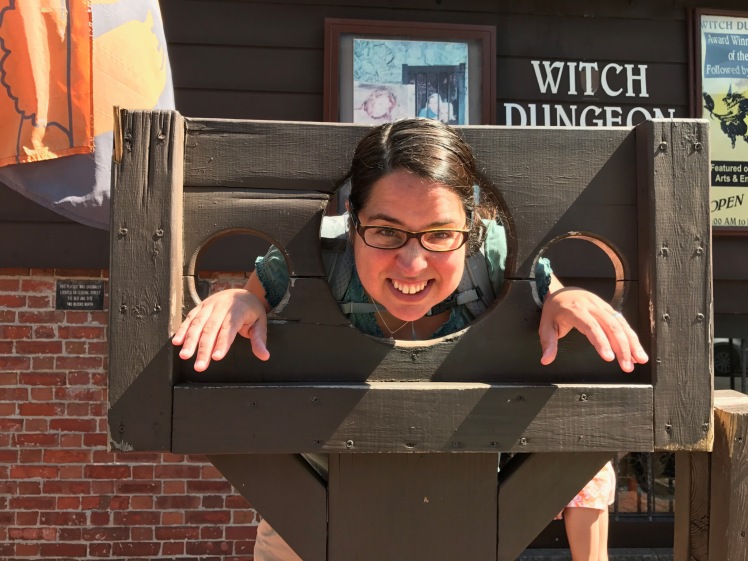 And since it can prove my point of the only really worthwhile thing to do in Salem, here are some pictures of the actors from Cry Innocent: the People Vs. Bridget Bishop.

Well that is all for Salem, but I might (might) write another post at some point. Salem was an interesting place and sadly a must-see for any other worldschoolers out there. The history is very rich (though no longer there; what was once Gallows Hill is now a Walgreens and other sites have been destroyed as well) but most of the museums are creeptastic and not a favorite destination.