We will write a more fulsome Chicago blog (or two or three) when our time here is over, but this is just a quick blog about the juxtaposition we experienced on Monday when we arrived.

We woke up Monday morning in Shipshewana, Indiana. According to the display in our hotel lobby, Shipshewana's population is 677:

We arrived the evening before, which was a Sunday, so we had to drive quite a way to find an open restaurant. Along the way we passed many Amish driving in their buggies, riding bicycles, and gathered together at a farm we passed. (Out of respect we didn't take any photos in which faces would be distinguishable, as such photos are against their traditions.)

View from the hotel's outdoor patio. I can't say enough nice things about the Blue Gate Garden Inn, especially for a $70 room that included a king bed and a queen bed! The hotel also had a cute little arcade, a fire pit, a nice pool, an ice cream shop, etc.

We spent the next morning learning about the Amish, Mennonites, and Hutterites at the Menno-Hof Museum, the exterior of which was built in six days via an old-fashioned barn raising sponsored by the groups. The building itself was built with no nails — just wooden pegs — and was created to tell the story of the Amish, Mennonite, and Hutterite communities, which all descend from the Anabaptist critiques of the church way back in the 16th century.

I'd never heard of the Hutterites before, but they're a communal Anabaptist group that holds all of their property in common. Wow! I really need to learn more about them.

From what I learned, the Amish reminded in many ways of the more insular Jewish groups that follow Halacha in their belief that strong community ties require separation from the outside world.

After that, we went to pet some animals and watch a horse on a treadmill turn a one-horsepower machine to make the most delicious homemade vanilla ice cream I've ever tasted. 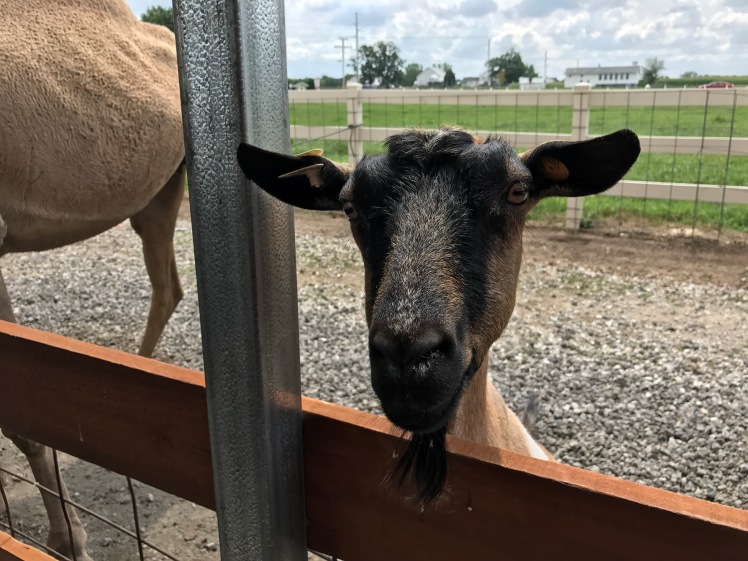 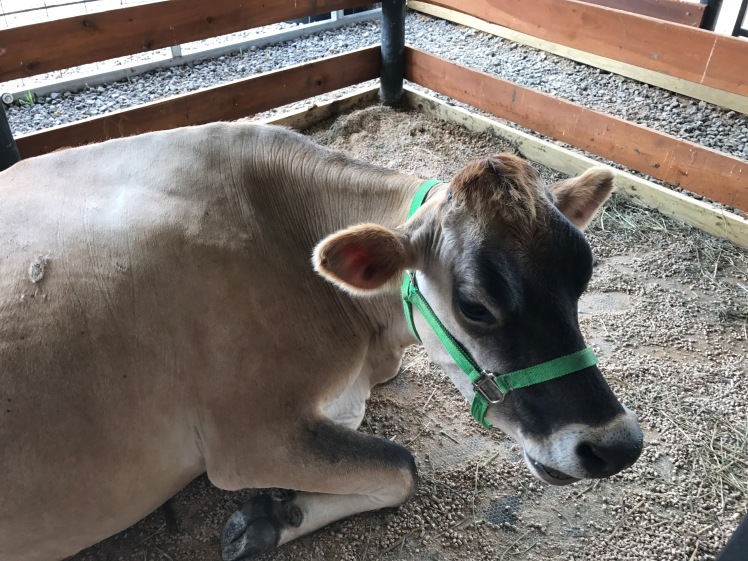 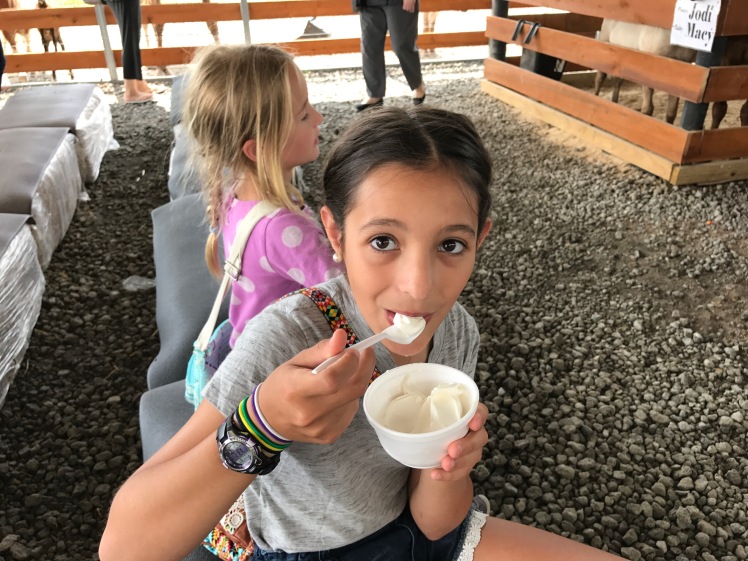 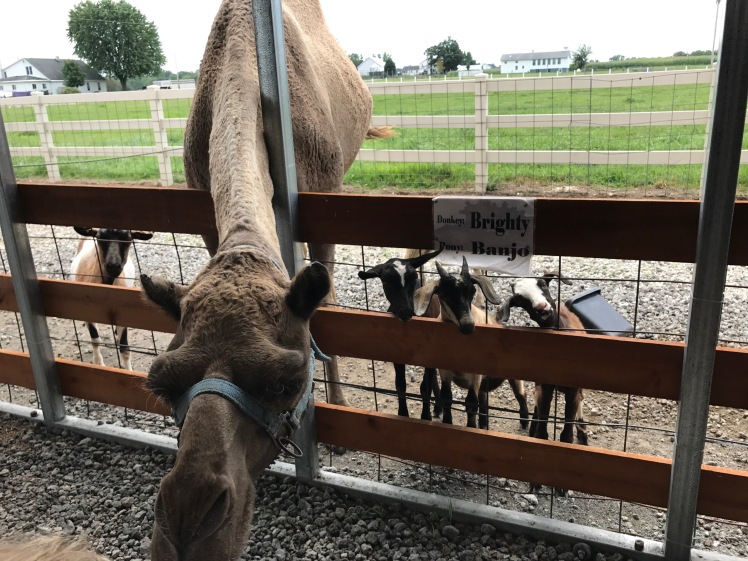 From there, we headed to Chicago, and a couple of hours later took photos of Wrigley Field (2 blocks from our amazing AirBnB) and then ate pizza at Pizzeria Due in downtown Chicago. It was a heck of a juxtaposition with the Amish and horse-powered ice cream earlier that afternoon!

Dinner at Pizzeria Due with the daughter and granddaughter, respectively, of my grandmother's first cousin. They are amazing people, and Bonnie is a font of knowledge about all things Chicago (she even writes a column about Chicago for Chicago Now). Bonnie and I have been in touch via Facebook since my last visit to Chicago for a conference two years ago, but although I saw her mother and father plenty growing up, I'd never met Bonnie or her daughter in person until Monday night. I already adore her! (We had dinner with her and her mom again last night and hope to see them more before we go.)

One thought on “Juxtaposition”