After spending several weeks in Thailand, we continued our travels with two short stops in Cambodia and Vietnam. This post will cover Cambodia and there will be another one for Vietnam.

Our main objective while visiting Cambodia was to see the famous temple complexes near Siem Reap, including Angkor Wat, but we also had the opportunity to tour a floating village on Tonle Sap Lake.

Angkor Wat is the best known of the ancient ruined temples near Siem Reap in Cambodia. However, there were a dozen or more temples built before, after or around the same time as Angkor Wat. We visited quite a number of them.

We started with Angkor Wat, which was built by King Suryavarman II of the Khmer Empire, in the early 12th Century. It was originally a Hindu temple but was later converted to be a Buddhist temple. Here are a number of pictures to give some idea of what it is like. The pictures don’t really do it justice, it is truly impressive. 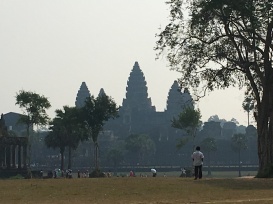 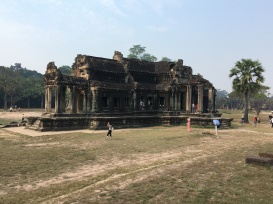 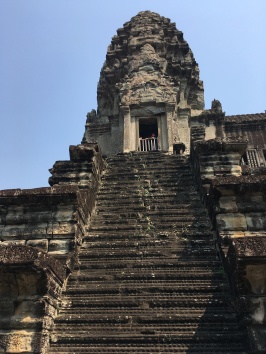 As an aside, apparently even more than a century ago people felt the need to carve their initials in places they visited

The next temple we saw is known as Bayon. It is in the ruins if the Khmer capital city of Angkor Thom and dates to the late 12th or early 13th Century. This temple is particularly known for its bas reliefs and carved figures. Here are a few pictures. 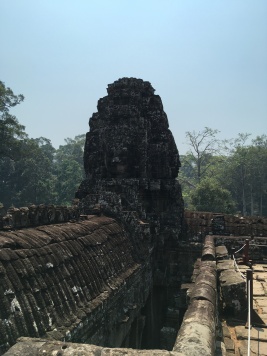 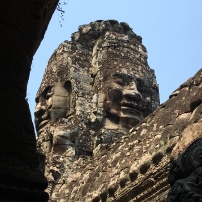 We had a great tour guide and overall we probably saw a dozen different temples, but I will just give you a look at one more. The pictures below are from Ta Prohm, colloquially known as the Tomb Raider Temple (because scenes from the original Tomb Raider movie were filmed here). I really liked how the jungle has “invaded” this ruin. 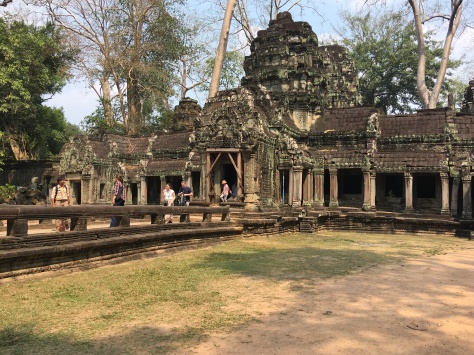 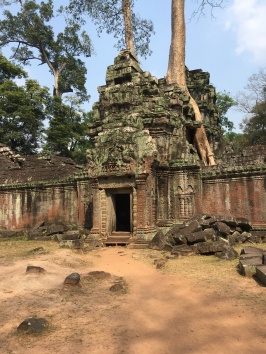 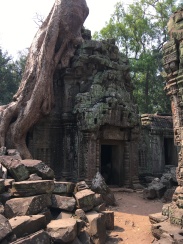 We only stayed a few days in Cambodia, but we had the chance to tour a floating village on lake Tonle Sap (the largest freshwater lake in Southeast Asia). There are significant Vietnamese and Cham minorities that live on boats and floating “houseboats” on this lake. They typically fish for a living, and they are certainly not what I would call economically advantaged. There are no power lines to the lake, and water and sewage all come from the lake right under your house/boat. It was interesting to see how these people live, but it does raise some questions in my mind if they are being exploited just for tourism. The boats for seeing the village all come from the mainland and I don’t know if any of the tour fees ever go back to the villagers. Here are a few pictures so you can see for yourself what life is like there. 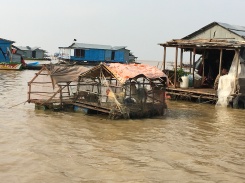 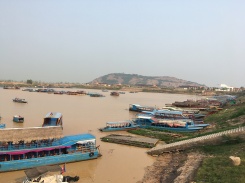 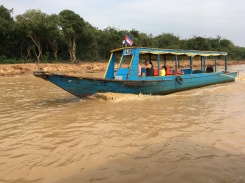